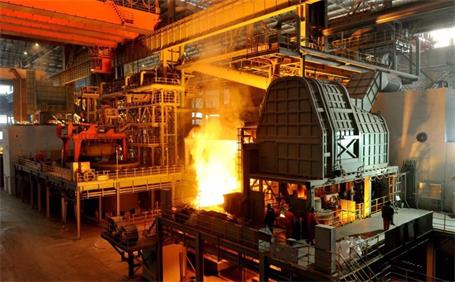 The former two oxygen lances are arranged around, one is a Laval supersonic oxygen lance, and the other is a carbon gun for spraying carbon powder with a straight hole. Laval nozzle with carbon gun above.

During smelting, the spray gun in the furnace door is gradually inserted into the furnace as the scrap is melted.

Compared with traditional smelting process, the use of electric furnace carbon oxygen lance has the following advantages:

(3) The flue gas temperatureincreases and sufficient oxygen reacts with carbon. Compared with the traditional system, free oxygen is used for CO combustion during decarburization, and the oxidizing atmosphere in the furnace is weaker, which reduces the consumption of electrodes and refractory materials.