Micro carbon residue, commonly known as "MCR",is a laboratory test used to determine the amount of carbonaceous residue formed after petroleum materials are evaporated and pyrolyzed under certain conditions.This test is used to provide some indication of the coking propensity of the material. The test results are equivalent to the test results obtained by Kang's carbon residue test. 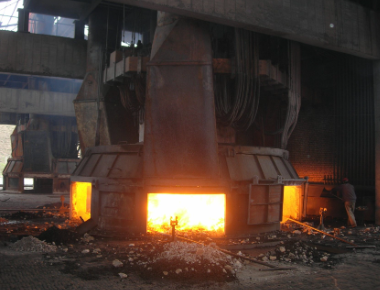 A certain amount of sample was weighed,put into a glass bottle, and heated to 500 °C.Heating is performed in a controlled manner for a specified period of time under an inert (nitrogen) atmosphere.The sample undergoes a coking reaction and the volatiles formed are flushed away with nitrogen.The remaining carbonaceous residues are reported as a mass percent of the original sample and are labeled "Carbon residues (trace).”

If the expected test result is less than 0.10% by mass, the sample can be distilled to yield 10% by volume of bottoms product before performing the test.If the sample contains ash forming components and/or non-volatile additives,these will be added to the carbon residue value as part of the reported total carbon residue value.In diesel fuel, the presence of alkyl nitrates such as amyl nitrate,hexyl nitrate or octyl nitrate results in higher carbon residue values compared to untreated fuel.This can lead to erroneous conclusions about the coke formation trend of the fuel.

Trace carbon residue provides the same scope of application as its equivalent Conrad carbon residue test.Advantages of MCR include better control of test conditions,smaller samples,and less operator attention. Applications include:For burner fuels,MCR provides an approximation of the fuel's tendency to form deposits in vaporizer and sleeve burners.For diesel fuels,MCR is roughly related to combustion chamber deposits,provided that alkyl nitrates are not present or,if present,the test is performed on a base fuel without additives.For motor oils, the MCR was once considered an indicator of the amount of carbonaceous deposits the oil will form in the engine's combustion chamber.This is now considered to be of dubious significance due to the presence of additives in many oils.For gas oil, MCR provides a useful link from which gas is manufactured.For delayed cokers, the MCR of the feed is positively related to the amount of coke to be produced.For FCC units,the MCR of the feed can be used to estimate the coke formation trend of the feed.

Ramsbottom carbon residue (RCR) is well known in the petroleum industry as a method of calculating fuel carbon residue.Some believe that the char value is a rough indication of a fuel's flammability and deposit-forming tendency.