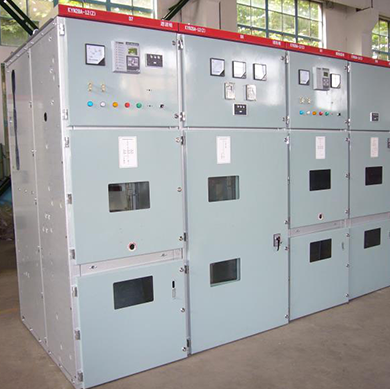 The numerical definition of high voltage depends on the context.Two factors considered when classifying a voltage as high voltage are the potential to cause sparks in air, and the shock hazard if touched or approached.The International Electrotechnical Commission and its national counterparts (IET, IEEE, VDE, etc.) define high voltage as AC above 1000V and DC at least 1500V.In the United States, the American National Standards Institute (ANSI) establishes nominal voltage ratings for 60 Hz electrical systems above 100 V.Specifically, ANSI C84.1-2020 defines high voltage as 115 kV to 230 kV, ultra-high voltage as 345kV to 765kV,and ultra-high voltage as 1100kV British Standard BS 7671:2008 defines high voltage as between conductors higher than 1000 VAC or 1500 V non-ripple direct current, or any voltage difference between a conductor and earth greater than 600 VAC or 900 V non-ripple direct current.In some jurisdictions, electricians may only be licensed for certain voltage classes.For example, an electrical license in a specialized subtrade that installs HVAC systems,fire alarm systems,CCTV systems,etc, may be authorized to install systems with a maximum voltage between conductors of 30 volts and may not be permitted to work on mains voltage circuits.The general public may consider household power circuits (100 to 250 VAC) to be the highest.Voltages in excess of about 50 volts often cause dangerous amounts of current to flow through a person touching two points on the circuit,so safety standards are more restrictive for such circuits.In automotive engineering, high voltage is defined as voltages in the range of 30 to 1000 VAC or 60 to 1500 VDC.The definition of extra high voltage (EHV) also depends on the context.In power transmission engineering, EHV is classified as a voltage in the range 345,000-765,000 V.  In electronic systems, a power supply that provides more than 275,000 volts is called an ultra-high voltage power supply,and is often used in physics experiments.The accelerating voltage of a TV cathode ray tube can be described as extra high voltage or extra high voltage (EHT) compared to other voltage sources within the device.This type of power supply ranges from 5 kV to about 30 kV.

The voltages involved in static sparking, which are common in low humidity conditions,are always well above 700 volts. For example, a spark from a car door in winter can involve voltages as high as 20,000 volts.Electrostatic generators such as Van de Graaff generators and Wimshurst machines can produce voltages approaching a million volts, but typically produce low currents.The induction coil operates in a flyback effect, resulting in a voltage greater than the turns ratio times the input voltage.They typically produce higher currents than electrostatic motors,but due to the number of wires required for the secondary windings,each doubling of the required output voltage doubles the weight.So it may become impractical to scale them to higher voltages by adding more turns of wire.A Cockcroft-Walton multiplier can be used to multiply the voltage generated by an induction coil.It uses diode switches to generate DC power to charge a capacitor ladder.Tesla coils use resonance, are lightweight and don't require semiconductors.The largest sparks are those naturally produced by lightning. A negative lightning bolt carries an average of 30 to 50 kiloamperes,transports 5 coulombs of charge,and dissipates 500 megajoules of energy (equivalent to 120 kilograms of TNT,or enough to light a 100-watt light bulb for about 2 months).However,an average positive lightning bolt (from the top of a thunderstorm) may carry 300 to 500 kiloamperes, transport up to 300 coulombs of charge, have a potential difference of up to 1 gigavolt (billion volts),and may dissipate 300 GJ of energy ( 72 tons of TNT, or enough energy to light a 100-watt light bulb for 95 years).Negative lightning strikes usually only last tens of microseconds, but multiple lightning strikes are common.A positive lightning strike is usually a single event.However, larger peak currents may flow for hundreds of milliseconds making them more energetic than negative lightning.

Electrical safety is a system of organizational measures and technical means to protect workers from harmful and dangerous effects of electric currents, arcs, electromagnetic fields and static electricity.

Lightning and earth protection systems are essential for protecting people,structures,protecting buildings from mechanical damage caused by lightning effects and the associated fire risks,transmission lines and electrical equipment from shock and overcurrents.

H.V System
Get the latest price? We'll respond as soon as possible