Home » News » ZBTECH News » What are the types of rolling mills

What are the types of rolling mills

Rolling mill and cold rolling mill are commonly used mechanical equipment, especially in industrial production activities. Moreover, they are also the main products of the website, so for us, we have to understand them. However, due to the limited space of the article, the small editor will introduce one of them, the rolling mill, which mainly explains its two aspects, its type and its tension. I hope you can know more about the rolling mill through this article.

There are many types of rolling mills, which can be divided according to different standards, as follows: 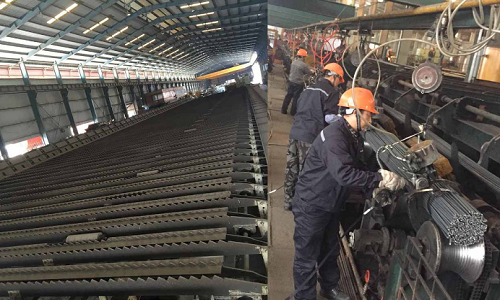 Rolling mill tension is also an important part of rolling mill. Let's explain it in detail.

Mill tension, which mainly occurs in continuous rolling, is an important phenomenon in the process of continuous rolling. In the production of cold strip rolling, high tension rolling is a feature of production. If the tension system is reasonable, it can ensure the stability of the rolling process and good control of the quality of finished strip.

Function 4: reduce the rolling pressure and avoid deformation, so as to improve the output.